Mohamed Salah and Sadio Mane are among the players selected in the inaugural Africa Best 11 after a vote by more than 500 national team players.

Mohamed Salah and Sadio Mane are among the players selected in the inaugural Africa Best 11 after a vote by more than 500 national team players.

The Africa Best 11 was organized by FIFPro and announced during the Confederation of African Football (CAF) awards in Dakar, Senegal.

In total 503 national team players from 26 African countries picked a team of 1 goalkeeper, 4 defenders, 3 midfielders and 3 forwards based on their performance in 2018.

The Africa Best 11 is the following:

The Africa Best 11 is part of a new cooperation agreeement between FIFPro and CAF. The votes were collected across the continent while players were on international duty.

“It was an enormous challenge”, said Geremi, the former Real Madrid and Chelsea player who is a FIFPro board member. “It was brilliantly taken up thanks to the enthusiasm, the professionalism and the common commitment of the FAs and our members, determined to showcase in a fabulous way the footballers and football on our continent.”

CAF President Ahmad Ahmad said: “African football can be proud of this team and its eleven members. It gives a perfect picture of the reality of our football, its strengths and the quality of our players.”

Goalkeeper Denis Masinde Onyango is the only player who plays for an African club, Mamelodi Sundowns from South Africa. Seven players are with English Premier League clubs, while two others play in Italy's Serie A. 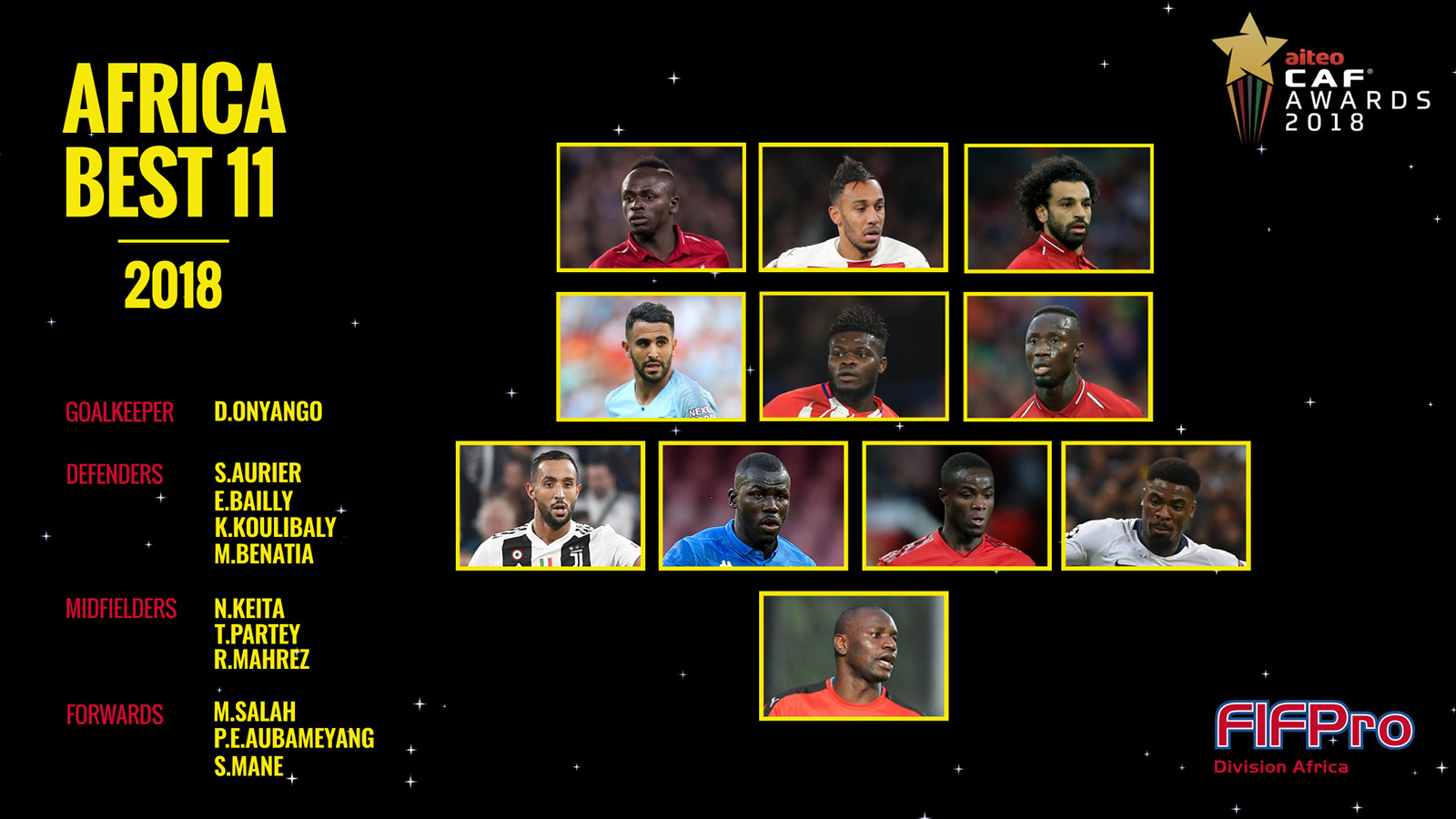 “We appreciate and welcome the FECAFOOT initiative”

Founded in 1996, the AFC (today known as SYNAFOC, National Union of Cameroonian Footballers) is the only Cameroonian trade union that defends and represen

Since 1996, the Association of Cameroonian